“Carry on my wayward son.. There’ll be peace when you are done..”

These Kansas lyrics, made wildly popular by the hit American television series Supernatural, are instantly recognized by viewers. (Check out the full Kansas song with lyrics here!)

This is how it all began.

Spanning across the genres of horror, suspense and action, Supernatural revolves around the lives of brothers Sam (actor Jared Padalecki) and Dean Winchester (actor Jensen Ackles). Writer and creator, Erik Kripke spent over ten years developing the concept of the series, having long been interested in urban legends. Supernatural was first broadcast in September 2006, and is currently in its tenth season. The show will be back for an eleventh season! 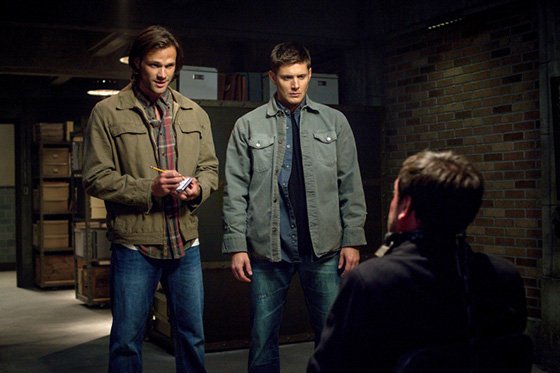 Sam and Dean Winchester’s lives are an endless road trip – it starts when they set off to look for their father who is out to avenge their mother’s killer, the yellow-eyed demon Azazel. With help from the expert Bobby Singer (actor Jim Beaver), angel Castiel (actor Misha Collins), and occasionally from Crowley (actor Mark Sheppard), the King of Hell, Sam and Dean are out to avenge their parents and sanitize the earth of any evil force they chance upon. They soon realize that it is each other that they must save.

The plot is packed with paranormal elements and creatures such as wendigos, wraiths, shritgas, shape shifters and demons. These monsters have been drawn from mythology, urban legends and even children’s stories. There is also a biblical narrative that comes to the foreground as the seasons progress.

Classic rock music such as that of Kansas, Led Zeppelin and AC/DC has been generously used to flesh out Dean’s strong but anguished character. Supernatural can in fact be credited with reviving classic rock!

Check out this hilarious spoof by Jensen Ackles, aka, Dean Winchester!

Supernatural has made global impact, winning a number of awards and high viewer ratings. Fans get the opportunity to interact with the cast in conventions organized across the world. With a dedicated fan following of over 3 million, the idea of a spinoff series has been eagerly welcomed.